We’re not all going to like every band, every song, even every style of music we hear… And that’s a good thing!

Our preferences are what determine our sound. Like it or not, we’re all the product of our combined influences – and in order to have favorites, it’s only logical that we have to have the opposite… Songs and styles we just don’t enjoy.

…But how we deal with the stuff we don’t like can be just as important – and educational – as the music that inspires us most.

First, let’s deal with some why type questions. What makes a person dislike a song or style?

It’s not immediately answerable… Subjectivity is fickle. Maybe it’s a lack of understanding (like not being able to make heads or tails of Coltrane, for instance), or the lifelong architecture of cultural and social influences (and constraints).

If you grow up on pop and country, death metal and gangster rap might be a bit out of your preferential wheelhouse. Those genre words are interchangeable too, and there are no rules about how you learn to love what you love – or what you might miss over the course of your journey as a music appreciator. Maybe you’ve had plenty of opportunities, and just genuinely don’t like something…

Those reasons, though, aren’t the real problem. You can always discover new things. The other why is more close-minded. It’s a high horse opinion that comes from either education (deeming some music as “simple” or unsophisticated), from putting certain styles on a pedestal, or from dismissing whole sections of the musical world as “I just don’t get it, and never will.”

THAT type of dislike is what I want to address here.

So, imagine you hear a song you don’t like. Maybe it’s on the radio, in a movie, at a party… It doesn’t matter where. How do you react?

You could ignore it, try to to tune it out… But more commonly, people go straight for the negative. If they can’t turn it off, they complain to anyone who will listen – especially if it’s a fellow hater. They’ll fit it into one of those boxes I just described… It’s either too dumb, to unlike something they already enjoy, or too outside their realm of understanding to appreciate.

I heard older generations do this with hiphop growing up… “I can’t understand what they’re saying.” “It’s not even music.”

I hear people talk down about pop music, that it’s boring or too easy. I see people roll their eyes and dismiss metal as “all screaming.” 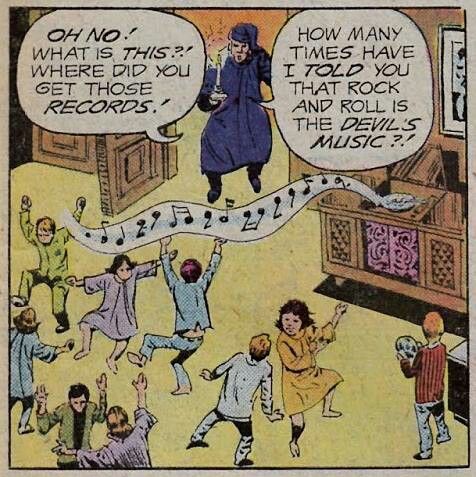 But bear with me for a minute… What if we tried shutting up long enough to pay attention? Better yet, what if we set aside our knee-jerk reactions and made an active point to look for something to enjoy?

You never know when a rap lyric might move you – if you just paid enough attention to hear it… Or when a song you write off as “simple pop” has some clever chord change or rhythmic device that surprises you (but it’s hiding beneath the surface). Just maybe, the emotional impact of traditional music from the other side of the world is just what you’ve been looking for… And, you know, understanding something totally new takes time…

The point is to, at the very least, give music of all kinds a fair trial.

Instead, I’m suggesting that we recognize when we’re being dismissive, and stop long enough to actually listen.

With the right ears, we can learn something from every piece of music we encounter – even if that lesson is about what NOT to do.

We’re all going to have our own aesthetic preferences – and again, that’s a good thing – but we’ll never expand or find new influences if we keep the doors locked and the curtains drawn. Allow yourself to explore…

One thought on “Listening to Music You Don’t Like”